How to Explain Blockchain to Your Mother

Have you ever tried to explain Blockchain or Web3 to your mother or maybe your Uncle Ned? During the explanation did they give you a blank stare? 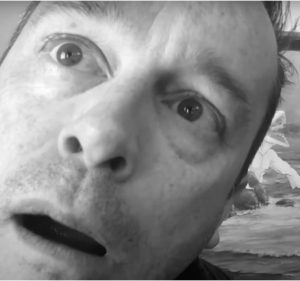 If it was your Uncle Ned, it was probably followed by some kind of a rant…

I don’t know what fatback is- I don’t think that’s an actual commodity.

You might think, ‘why aren’t they getting this? It isn’t that hard.’ And yet for them, it sounds like you’re speaking a different Language.

You can see it in their eyes; they fade off into slumberland at the words cryptographic hash. Well, I have found a way to hold the fade at bay. A method that allows people to grasp the basics and in many cases become avid supporters of Web3 technology.

The following is an example of how some of these conversations go. I’m using my mother as a guinea pig in this example. On a side note, my mother is not from England, however, she is quite proper and very hospitable. So in my head she is always speaking in a proper RP English accent (Received Pronunciation – Queen’s English). As you read this, if you could try and imagine the same, that would be lovely.

“Well of course. You know that I’m always giving a thumbs up to all your posts, Deary.”

“Facebook is an application that a lot of people – over a billion – interact with online (the interweb). The actual program is housed on thousands of servers in massive buildings called server farms. Servers are big computers. Those servers are managed by some really smart technicians. People who make sure the servers stay nice and cool (because computers don’t work well if they get too hot). They also make sure they are upgraded with the latest tech on a regular basis.  In a way it is like maintaining your car with a mechanic. The technician is sort of like your mechanic.

These servers allow Facebook to operate on individual devices around the world and function at its best while they steal all your information. I’m kidding? At the tip of the Facebook pyramid is a guy named Mark Zuckerberg.” 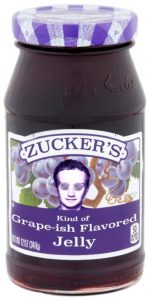 “Oh right, the guy who makes and sells the jams and jellies. Is that how Facebook makes its money?”

“Nope. Different guy.  There are several ways that Facebook makes money. They make money when people buy shares in the company, through ad revenue and (if rumors are true) when they sell your personal information. And where does that money go? Into the pockets of Mark Zuckerberg (and the shareholders).

Like a server farm, a blockchain is also made up of many servers or computers as well. However, those computers are not all in one place. They are spread out all around the world. Some Blockchains utilize programming called Smart Contracts. Some of the blockchains using smart contract technology are Etherium, EOS, the UX Network, WAX and Telos. Unlike the server farms where Facebook lives, blockchains (also called Decentralized Ledger Technology or DLT) is a decentralized system of servers (or nodes) that are all linked together in a virtual chain. Smart Contracts give guidelines on how each node communicates with each other. Every time a change is made to any application using the blockchain, that change is recorded as a block of information. That block of information is then verified and recorded by all the nodes who are part of the chain.

If there was an app like FaceBook on a blockchain and you used that app and “liked” a post I made, that “like” would be verified and confirmed by all nodes around the world who are a part of that chain.

What’s interesting about a blockchain like Telos is that the tech that runs and links them all together is really cutting edge – very fast, and extremely Green, with almost no carbon footprint. Unlike a lot of other blockchains it’s powerful enough that you can house a ton of decentralized applications (sometimes called dApps) and manage tons of transactions per second. In other words a decentralized version of Facebook or YouTube could utilize a chain like Telos.

By the way, “tons” is a figure of speech. Applications don’t really weigh anything.

If you decided to put money towards a blockchain like Telos that money wouldn’t be going into the pockets of someone like Mark Zuckerberg. It would be going back into the blockchain’s ecosystem.

You are actually buying space on the blockchain that you could use for your own application, or you could rent it to someone who has an application (there are smart contracts that manage the rental for you.  You can also hold onto it until the value of the space you own goes up significantly. It’s like owning land.

In addition, if you acquire a token (own land) on Telos, EOS, UX or a similar chain, you also get to participate in the governance of that blockchain because you are a landowner. You get to vote on who the Block Producers are and what other opportunities the blockchain will support.

The value of a blockchain like that can continue to go up as more people build applications on those servers because the value of the “land” goes up with demand.”

That’s how I usually explain blockchain tech. It’s a pretty simple approach. I get some questions but they are usually pretty basic and easy to answer.  Afterward people will have a good (basic) understanding of what blockchain is and why they might want to get involved.

Hopefully, what you have read today will be helpful in the future as you talk about blockchain and Web3 with your mom or anyone else you think might benefit from a simple explanation.